Friday night’s duel for the top slot in region 1 7-A saw the Lowndes Vikings securing the win 28-17 over the now 8-2 Packers and along with it a coveted #1 playoff seed for the upcoming playoffs. In a very physical game that Colquitt head football coach Justin Rogers summarized as, “not their best performance by far” Colquitt came up short in a game characterized by many as a battle of equals. (Game Highlights Video Above)

At the half it was a tie ballgame 14-14 but the second half would see the Vikings capitalize on Packer mistakes, favorable starting field position and also take advantage of a dropped punt by the Packers deep in their own territory. Colquitt quarterback Jaycee Harden finished 19-of-31 for 231 passing yards and one touchdown despite the intense onslaught he faced most of the night from the Lowndes defense. Tyler Walker scored a TD in the first quarter and on the night Lemeke Brockington was good for 80 yards on 6 passes while Daijun Edwards netted a touchdown and 60 yards on 17 carries. Colquitt kicker Jason Gallardo kicked a 41-yard field goal along with his two successful PATs.

With Friday’s win Lowndes completed a perfect regular season giving the Vikings their fifth undefeated regular season in the program’s history. Colquitt has earned a guaranteed home first round playoff game at Tom White Field at Mack Tharpe Stadium in Moultrie with a 7:30 PM kickoff scheduled for November 15, 2019. The Packers will face the winner of the North Cobb (Kennesaw, GA) vs. Hillgrove (Powder Springs, GA) game being played on Friday, November 8, 2019. 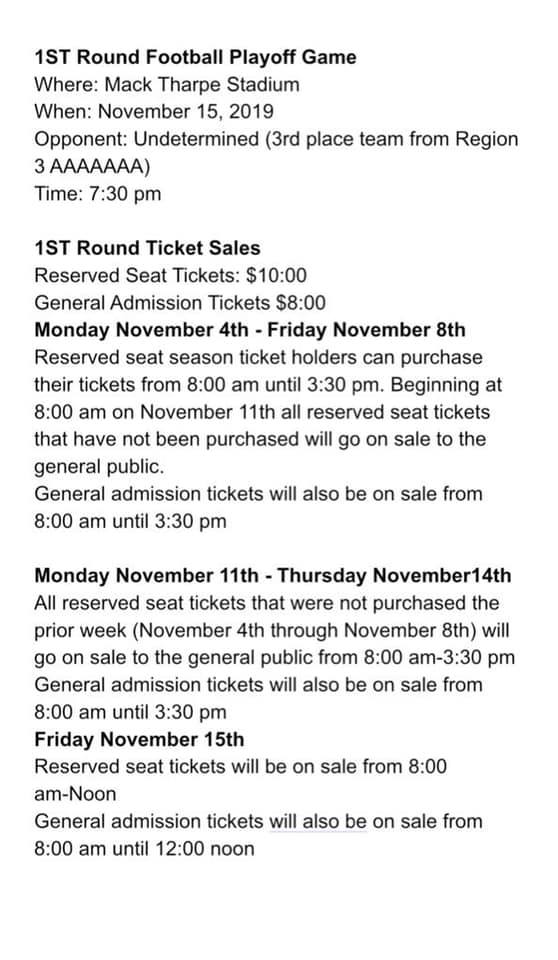 Colquitt Over Tift 49-7, Preps For Region Championship Battle vs. Lowndes

Packers Over North Cobb 35-7, Prep For Round 2 Trek To Parkview
Scroll to top